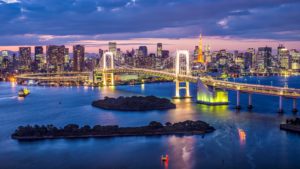 Tokyo, the capital of Japan, is one of the largest cities of the world with a population of 12.64-million and is the biggest of the 47 prefectures throughout Japan. Its long history of prosperity started with the establishment of the Shogunate by Tokugawa Ieyasu in 1603. At that time, Tokyo was called Edo, which by the 18th century had grown to a huge city of over a million people. It is now Japan's center for political, economic, cultural, and various other activities as well as the origin for the dissemination of information.

The average temperature in Tokyo is 16°C (61°F), August being the hottest and January the coldest. There's about 20°C difference between summer and winter. There are four distinct seasons, mild spring and fall, hot summer, and winter with a few snowfalls. It seems that the hotness in the summer is more a problem than coldness in the winter, for most of the foreign people who come over to Tokyo. In the summer of 2004, the temperature went record high up to 42.7°C (109°F) in the middle of Tokyo (Adachi ward), and days over 30°C (86°F) continued for 40 days.

Many Japanese in Tokyo speak English and you shouldn't have too much trouble getting around, but you can have a lot more fun if you can speak a little bit of the language. Japanese will really appreciate the effort you make and are very patient with foreigners learning Japanese.

The currency in Japan is called the yen, denoted by ¥. Coins come in denominations of ¥1, ¥5, ¥10, ¥50, ¥100, and ¥500. Bills come in denominations of ¥1,000, ¥2,000, ¥5,000, and ¥10,000. All coins get used (though you may find it hard getting rid of ¥1 coins); keep plenty of change handy for riding local transportation, especially buses. Change machines are virtually everywhere, even on buses where you can change larger coins and ¥1,000 bills, but it's faster to have the exact amount on hand. Although the conversion rate varies daily and can fluctuate dramatically.

The voltage in Japan is 100 Volt, which is different from North America (120V), Central Europe (230V) and most other regions of the world. Japanese electrical plugs and outlets resemble North American ones. Plugs come in various versions, but most commonly they are non-polarized and ungrounded with two pins. 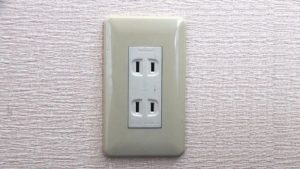 Some North American equipment will work fine in Japan without an adapter and vice versa; however, certain equipment, especially equipment involving heating (e.g. hair dryers), may not work properly or even get damaged. If you intend to purchase electronic appliances in Japan for use outside of Japan, you are advised to look for equipment specifically made for overseas tourists.