City of lights, city of love, and one of the most visited cities in the world 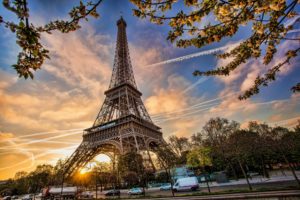 Paris is a city with a proud and very ancient history. Originally founded in the third century BC, on an island in the middle of the Seine, it was the capital city of a tribe known as the Parisii, who gave it their name.
In Roman times, the city expanded beyond the islands in the Seine and became known as Lutetia.
During the decline of the Roman Empire, northern France was overrun by a Germanic tribe called the Franks, whose new kingdom - part of the Holy Roman Empire - became known as West Francia, with its capital at Paris.
In the early Middle Ages, West Francia became France, and Paris grew in importance as a European city. By the 12th century, when Notre Dame cathedral was built on the largest of the islands in the Seine, Paris was the capital of one of the most powerful kingdoms in Europe, and its importance as an international city has never waned.
Many of the great buildings of Paris, such as the Louvre and the Panthéon, date from the 17th and 18th centuries when royal power in France was at its peak. Yet the "shape" of modern Paris was largely determined in the mid 19th century, when a radical city-planner, Baron Haussmann, was given the job of opening up the old city with its narrow twisting streets. Haussmann designed a city crisscrossed by broad tree-lined boulevards, flanked by spacious apartment buildings – which is essentially the Paris we know today. The Eiffel Tower was added for the Universal Exhibition of 1889.
Though the city walls are long gone, central Paris is now known as "Paris intra-muros", or Paris within the walls, which is the area with almost all the main tourist attractions. Where there once stood city walls, there is now the "boulevard périphérique" or inner ring road, clearly visible on the map. Beyond that, the modern city of Paris extends in all directions.

Although Parisians do not generally speak or like to speak English, tourists won’t have any problems communicating in this language in most hotels, restaurants, and shops.

Here is a list of basic expressions and a list of food in French that may come in handy during your trip: 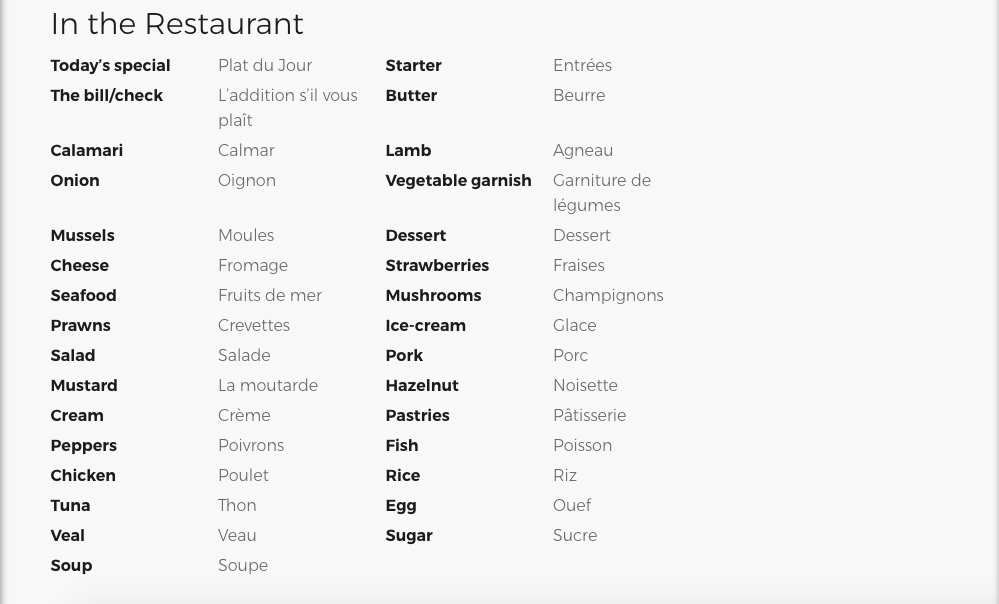 Like most French cities, Paris is not a place to visit by car. Parking can be an expensive nightmare (though less so than London), and the city has a great public transport network, with a fast underground or subway network that stretches well into the suburbs.

In addition to hop-on hop-off tour buses (see tourist passes), there is a range of other travel options for tourists. Apart from taxis, other more picturesque options include pedicabs and rickshaws, tours by historic 2CV (the iconic little French car), Segway tours, bike tours, and walking trips.
There is also a city-wide bike share system known as "Velib".

When visiting Paris, if you plan to use the metro or the bus from time to time but less than six times in a day, opt for a "carnet" (pronounced Car-nay). This is simply ten standard tickets at a reduced rate (€ 14.90 for ten) and can be bought from the ticket dispensing machines at any metro station, from ticket offices at those metro stations that have them, and from other Paris transport offices. Carnet tickets have no date limit and can be shared among members of a group. If you have some leftover at the end of your stay, keep them for next time. They are valid on buses, the metro and the "RER" within the central area, and on metro and RER journeys they allow as many changes as you want.

Changing: Just one important point to note: while you can change metros or change buses on a standard journey ticket, you can't change from a bus journey to a metro journey, or vice-versa.

Though the Metro is mainly an underground system, several parts of the network are above ground and offer an interesting way to see Paris from well above street level.

Note: Neither a standard Paris metro ticket nor a central Paris pass are valid on the RER for travel into the suburbs, and notably for travel to Charles de Gaulle or Orly airports. For such destinations, you must buy a specific ticket.

Specific destination tickets and carnets are available at all metro stations, and from automatic machines which accept credit cards. Carnets can also be bought in some main French railway stations outside Paris.

Charles de Gaulle (CDG) is the major international airport in Paris and the second largest in numbers of passengers in Europe after Heathrow Airport (London). In 2015, over 65 million passengers flew from its terminals. It is also known as Roissy - Charles de Gaulle.

Charles de Gaulle Airport has three terminals and the second one has several interconnected lobbies. A light-rail shuttle links these three terminals (except hall 2G) and is free.

The easiest and most relaxing way to get to the city centre is booking an airport transfer service. The driver of the car will be waiting for you at the arrival terminal with a sign with your name on it and will take you to your hotel in the shortest possible time.

A taxi from Charles de Gaulle to Paris takes approximately half an hour and costs between 50€ and 55€. There is an extra charge of 15% from 5 pm until 10 am. This supplement also applies on Sundays and public holidays.

The line B of the RER train (Paris’ express train) connects Charles de Gaulle Airport with the city centre in half an hour. The most important stops include Gare de Nord (25 minutes), Châtelet-Les-Halles (28 minutes), and Denfert-Rochereau (35 minutes). A train leaves the airport every 10 – 15 minutes.

A single-journey from Charles de Gaulle to Paris costs €10 (zones 1-5). This ticket is also valid if you need to take the metro (subway) from one of the train stations to get to your hotel.

The Roissybus stops at all the airport terminals (except 2G) before heading to the city centre, dropping its passengers off at rue Scribe at the corner of rue Auber.

We recommend this bus for those who are staying close to Place de l’Opéraand can get to their hotel by foot from the bus station.

Two local buses connect this airport with the city centre:

Both buses take over an hour to get to Paris and they leave the airport every 15 – 35 minutes.

One-Way costs €6 if the tickets are purchased on board.

Orly (ORY) is the second largest airport in Paris (after Charles de Gaulle) with over 31 million passengers in 2016.

It has two terminals, Sud (south) and Ouest (west). You can go from one terminal to the other on the Orlyval, an automatic shuttle that is free of charge.

The easiest and most relaxing way to get to the city center is by booking an airport transfer. The driver of the car will be waiting for you at the arrival terminal with a sign with your name on it and will take you to your hotel in the shortest possible time. You can book a car for €65.

A single-way including the train and bus ride is €6.85. It is also possible to use the Passe Navigo or the Paris Visite transport card (zone 1 - 4).

The Orlyval train connects Orly Airport with the train station Antony. Here, you can take the RER line B. The full journey takes 33 minutes.

The price that includes both the Orlyval and train to the centre is €10.90. In this case, the only travel card you can use is the Paris Visite. The Passe Navigo is not accepted.

The Orlybus connects the airport with the train station Denfert-Rochereau, in Montparnasse. Here, you can take the RER line B or the metro lines 4 and 6.

It takes approximately 30 minutes to get to the centre and costs €7.70. Both travel cards are accepted if you decide to take the Orlybus.

Taking the Orlybus is a good idea if you’re staying close to Denfert-Rochereau. Otherwise, it’s faster and cheaper to take the RER C and then the metro to get to the centre.

Three local buses connect Orly with the centre from terminal Sud. A single-way ticket costs 1,80€ and is therefore the cheapest way to get to the airport.

Air France offers several routes from Orly Airport to the centre and to Charles de Gaulle. It is quite expensive: a one-way ticket to Champs-Élysées costs €12.50€ and €21 to Orly Airport.

To get to Disneyland from Orly we recommend getting a taxi or booking our shuttle service. If you book the shuttle service in advance, the driver will be waiting at the arrival terminal with a sign with your name on it.

In France the power plugs and sockets are of type E. The standard voltage is 230 V and the standard frequency is 50 Hz.

In France, the power plugs and sockets are of type E. Check out the following pictures.

Type E: This socket also works with plug C. Plug F will work if it has an additional pinhole.