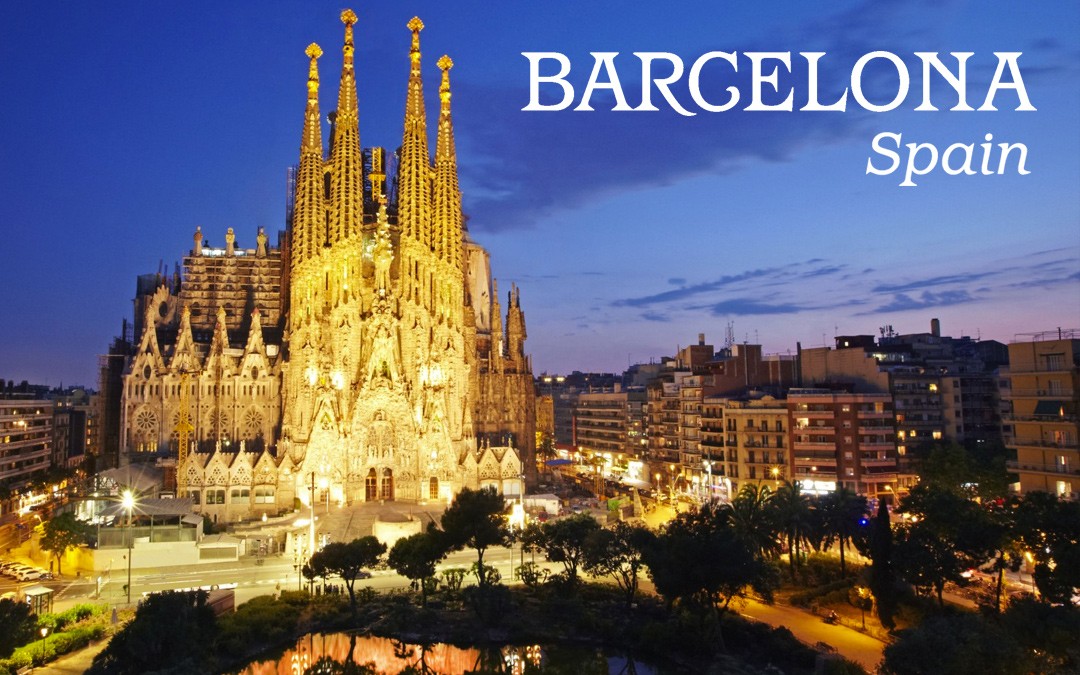 Barcelona has witnessed throughout its history the visit and influence of Iberians, Carthaginians, Romans, Visigoths, Muslims… a grounding that yields a rich legacy, both culturally and historically, which makes one of the favourite destinations in Spain.

The city is inconceivable until you get there, unbelievable while you walk its streets and unforgettable after you've gone - if you ever manage to tear yourself away. His enviable position between the mountains and the sea ensures year-round outdoor fun.

The city has transformed itself from smug backwater into one of the most dynamic and stylish capitals in the world. Barcelona is always on the biting edge of architecture, food, fashion, style, music and good times. The art, with significant collections by Picasso and Miró, will make you clammy all over. The people, with their exuberance, their duende, their persistent egalitarianism, will fascinate you. The buildings, many the work of the eccentric genius Gaudí, will blow you away.

Barcelona has got so many interesting corners and culturally valuable sites that discovering them all is an incredible challenge. Here you can find a selection of unmissable sites enjoy the true essence of the city.

Barrio Gótico (Gothic Quarter) and Las Ramblas: Street walking enjoying the flower stalls, mime artists, street plays and hotels is quite an experience. In your stroll you can visit La Boquería fresh food market and El Liceu theater, while your feet take you to the Gothic Quarter, which preserves the charms of medieval Barcelona.

Sagrada Familia Cathedral, visible almost from any point in Barcelona centre, is one of the most representative monuments in the city. Unmistakably different from anything else, unfinished, its works started in 1882 under the supervision of Antonio Gaudí. Sagrada Familia is a good starting point to our tour around Modernist Barcelona, whose most identifiable buildings are La Pedrera, Casa Batlló, Palau de la Música or les Punxes. Our visit ends in Güell Park, which extends over an area of 42 ac. full of pure modernist essence.

Tibidabo and Montjuic areas offer exceptional views over Barcelona cityline and they are city’s highest points, aside of urban parks beautifully cared after. In Montjuic we can visit some of the best museums of the city, and also Poble Espanyol and Barcelona 1992 facilities. Also in this area will find a great amount of hotels in Barcelona.

Barcelona has an international airport known as El Prat , with two terminals: T1 and T2. The terminals are connected by shuttle buses running every 8 minutes. The airport is located 18 km south of the city. More than a hundred airlines connect the city with 200 destinations worldwide. If you arrive by plane, there are several ways of getting from the airport to the city:

By Train or Car

The city of Barcelona is well-connected with the rest of the Iberian Peninsula and the rest of Europe through road and railway networks.

The city has a comprehensive, highly efficient public transport network. Different means of transport comprise a network that will bring you to any corner of the city, not to mention the neighbouring towns in the greater metropolitan area. There is an integrated fare system  allowing you to use the same ticket on all public transport.